​​​
Oh Lenny! You were brought up from the South by Long Road Home Rescue. You were already 20+ pounds underweight and you were filthy and you smelled terrible.
Two days later you were in your new home. And you proceeded to vomit at least 7 times so your new vet referred your new parents to VCA Norwalk. Quoted an incredible sum, as much as you can love a dog in two days, they just couldn't do it. Even with the help of care credit.

We here at PRCT were called in so you were not put to sleep.

How did you get a health certificate to come up here from North Carolina?
But honestly we are happy to have you because we know you would not have made it.

We will try to do our best.
He seems very sweet. Keep him in your thoughts and prayers.

He feels terrible and we still don't know exactly what his problem is but we will!
He's had some fluids and Cerenia.

Update!
Firstly, Tape Worms in the stool this am!!! Yeah! We now have some idea why he is emaciated!
Secondly, his test came back. We need to do a ACTH Stim test. It's a little sad to get excited about him having Addison's but in the not so perfect world it's so easily managed! And he will feel so much better in time!
So that's the story right now! Will keep you posted!!!

SUNDAY MORNING UPDATE!
His 500 CC's of fluid went without a hitch!
His Cerenia!
2 tbs of food every 4 hours!
1/4 cup of water every 2-3 hours!
Got fecal, ran the Parvo Test! Negative!!!!
So far so good!
Tomorrow there will be more tests.
Waiting for cortisol level to come back from the lab.
Please continue to keep this boy in your thoughts and prayers. He is not out of the woods yet!

Lenny tested NEGATIVE for Addison's so we are back at square one. Still not sure what his problem is but he eats ID food 4 times a day. Small amounts at a time. When you are this emaciated, as much as you would LOVE to feed him great amounts, you just can't. It's just as slow a process as when a dog comes in way overweight. Slow going is the safer way.
Could it just be that he has been so loaded with tape worms that his whole body had a melt down???
Time! Patience.
Once we heard (yesterday) that he was not Addisonian we had him quickly groomed!
He smells so much better, feels so much nicer to touch (still terribly bony!) and we genuinely think he feels better too!  (Thank you Allyson Aloi-Eliason, Beauty in the Beast)

Ultrasound is scheduled. It was originally thought he had an obstruction.

Tomorrow, Friday, Lenny will be seen by Dr. Kittrell at Embrace Animal Hospital. We are hoping that the Ultrasound will look better than the one taken last Friday. Please keep this great boy in your thoughts and prayers! Can't believe it's been a week already! He's loved eating 4x a day! He's the sweetest boy even not feeling well! He's definitely got more pep in his step!

Still fluid in the abdomen. Suggestion from Dr. Kittrell was to do a GI profile.
If inconclusive an endoscopy?
Perhaps exploratory surgery?
On positive notes, he eats 4 small meals a day and is doing well, no vomiting or diarrhea. And he has gained 1.0 pound in 7 days. He is now 39.4.
It's not over yet but Lenny says "please keep me in your thoughts and prayers!"

​
Sunday Update! Lenny continues to do well. There is no vomiting and no diarrhea. He still eats 4 times a day and he eats well from his "slow down bowl!" A starving dog needs to eat smaller meals over a period of time. In the beginning we had trouble getting his bowl on the ground. He has learned that it's coming and that it will be put right down in front of him and that no one is going to bother him. Time! Patience!
We are thrilled - today Lenny had a weigh in!  Drum Roll.......from 38 pounds, looking real skinny to still skinny but going in the right direction....44 pounds!!!
Up 6 pounds!!! Oh what food will do to the body that isn't eaten up by thousands and thousands of tape worms!!!
He now has some pep in his step! So wonderful to see!

11/1/22
November 1st is not a good day for the boy.
It seems like we are back to square one! Darn!
He started throwing up last night and has continued all day today!
We are worried!

11/2/22
We just got home tonight at 9:45 PM. It was a long day for Lenny but even though under the weather, he entertained everyone at Shorline with his great personality and gentle manners.
A couple of new medications and a list of things to try and hopefully he won't have to have the endoscopy in the next few weeks but we get the feeling he will need it. Keep this Diamond in the Rough in your thoughts and prayers.
He's anxiously waiting for some food but medication (omeprazole an hour before food) has to be given first and then again two hours after eating!
Please please please no more regurgitating!
We worked so hard on gaining those much needed 6 pounds to lose 3 in three days!

Update!
Well Lenny and I took a ride this morning to Shoreline. We checked in about 5:45 am. He's dehydrated, he can't eat without throwing it all up and he lost 3 of the 6 pounds that he gained after getting rid of the Tape Worms.  He is not eating.  Once again we ask for your thoughts and prayers.

11/10/22
Biopsies will not be back for a week or two since Lenny's endoscopy but we finally have the main diagnosis! Many helicobacter organisms identified (H pylori).
He's miserable. He won't eat. Having the worst time getting him to eat so he can take his Omeprazole, Cerenia, Odansetron, prednisone, sucralfate and these aren't the drugs to get rid of the bacteria! This will start Monday and will be Amoxicillin, Metronidazole and Biaxin which will be two times a day for 21 days.

Send this miserable guy good thoughts. He sees me coming towards him now and he tries to make himself invisible. He hurts my heart.

There hasn't been an update because as depressing as it is to be his nurse, I feel as though I'm failing him. He will NOT eat. He is down to 37 pounds. He had originally been up to 44 after a couple of weeks! We were so encouraged. Then on 10/31 it's like a switch turned off in his brain and he said No More Food.
What it means is that there is no way his body will be able to take the heavy duty antibiotics that are necessary to rid him of the H. Pylori bacteria with nothing in his stomach.
Send him good thoughts and vibes. When you won't eat hamburger cooked perfectly for him or you won't eat rotisserie chicken hot off the rotating chicken oven we have a problem.
The one thing he will eat are Vanilla Oreo's and Nutter Butter cookies! Imagine? This is a very strange case here.

11/16/22
Fingers are crossed! He ate some chicken last night! He ate some more chicken this morning! He has held down his first handful of medications! No vomiting!
Oh please let us be on our way to feeling better!!!

11/18/22
We Have The Final Diagnosis for Lenny!
LYMPHANGIECTASIA
It's not great but now that we know we can treat appropriately!
He has PLE. Protein Losing Enteropathy.
The causes of PLE can be
1) Inflammatory Bowel Disease (IBD),
2) A heavy load of parasites in the Gastrointestinal tract which is EXACTLY WHAT HE HAD! TAPE WORMS BY THE MILLIONS!!!
3) Bacterial and viral infections like Parvovirus Enteritis
4) Fungal infections (histoplasmosis)
5) Crypt disease
6) Some cancers like lymphoma
He's starting to feel better!
Will keep you posted on Lenny's Journey!!!

December UPDATE!!!
Many Ultrasounds, one Endoscopy, special food and so many medications but we are coming down the home stretch!
Today we went to Embrace for a weight check! Last time we were there he was down to 36 pounds.
Today he weighed in at 46.4 pounds!!! Still incredibly thin but we are on the upward swing.
Please keep Len in your thoughts and prayers as he continues to fight this Diagnosis of LYMPHANGIECTASIA and PLE, Protein Losing Enteropathy.
All of this brought on by the simplistic and easiest care that was not provided! He was loaded with TAPEWORMS! He was probably infested by fleas at one point. Panacur or Drontal could have avoided all of this! Imagine?
He's regulated, he's happy and he has pep in his step!!! And he has gained 10 pounds! Another 10-15 pounds to go! He will get there!
Go Lenny!!! Yeah you!!!
He is one of the nicest, amenable and sweetest Poodle boy ever!

HAPPY NEW YEAR LENNY!
Look at this guy!!!!! From being gravely ill and weighing in at 36 pounds to today feeling strong, vibrant and weighing in at 50.8 pounds!
His big follow up appointment will be 1/25 with Dr.Kettrell and staff at Shoreline!
Here's hoping we have more great news and he has the opportunity to have a deserving home of his own!!!
Send good wishes and vibes for this amazingly WONDERFUL BOY!​ 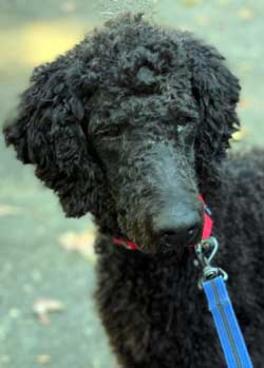 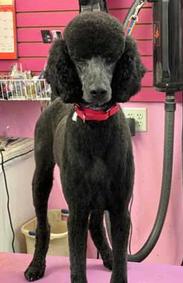 Ziggy, about 10 years old, on left and his house mate Marley, approximately 7 years old on right.
Dropped off in the bin, it was obvious that the woman who brought them in did not want to touch them. They are pee stained, in bad shape and of course they don't smell very nice.
Thankfully Easton's ACO, Deb Ice saw a potential dump if she didn't take them in. Dumpster? Side of the road? Obviously not the boys caregiver.
They are here now.
Keep these two Maltese Poodle boys in your thoughts and prayers as they go to see Dr. Miska and staff at Watertown Animal Hospital. 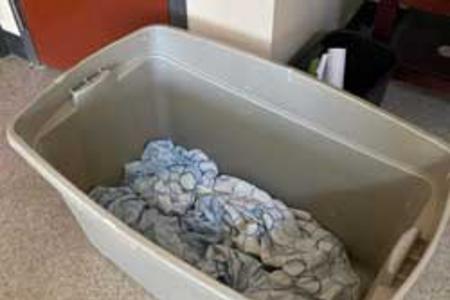 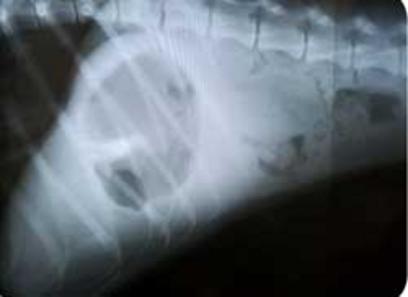 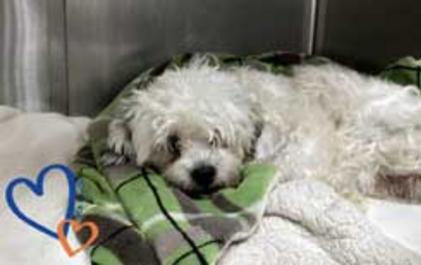 Joey was brought in to VCA Shoreline in Shelton after he had been hit by a car. Family told Shoreline that it was 3 days before. X-rays showed a different story. This little guy had been dragging his broken leg and fractured pelvis for over 3 weeks. Even sadder was the evidence of more broken bones that had healed incorrectly. This boy is only 10 months old!
He's a love boy and is doing well. We hope that his leg heals and doesn't have to be amputated and we hope the pelvis heals with the 6-8 weeks that he has to be kept on bed rest.
Please keep this little 13 pound Poodle mix in your thoughts and prayers!

A LOOK IN THE PRCT RECOVERY ROOM 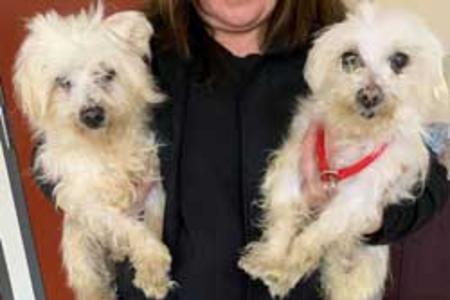 Peek through the window of our Recovery Room and read below how we are currently working here at PRCT to help Ziggy, Marley, Joey and Lenny.

After you have read their stories, please consider making

a small donation to help us to continue what we do here at PRCT for Poodles and sometimes for others!
Please donate below via PayPal or secure credit card